Blenheim Nursery is a family owned and family run traditional plant nursery. Steve is proud to be a dedicated UK grower.

The story of Blenheim Nursery

Steve’s passion for everything plants started from a very young age. His first job was at the very well known JW Adams and Son (Springfields Nursery) in Alcester at the age of 10! (Yes that’s right 10!). He worked evenings and weekends and during school holidays up until the day he left school at 17. He also established his own small nursery growing bedding plants which he then supplied to established nurseries and the general public. After leaving school Steve went on to train at the renowned Pershore College of Horticulture where he spent 3 years specialising in nursery stock production. It was during the last year of college that he began expanding his existing nursery business and establishing Blenheim Nursery as it is today!

Blenheim Nursery was established in 1998 by Steven Felix and his mother Corriene when the site was bought on the main road into Stratford upon Avon. The 3 Acre area was a basic green field site. In the same year planning consent was granted the first 5,000 square ft of glasshousing. Three hard years followed, with every available penny being reinvested into the business in the form of glasshousing, irrigation and general automation etc. This constant reinvestment still continues today, giving the nursery the ability to offer a superb range of top quality plants all grown on site.

In 2003 the nursery had built up a great repertoire, not only with the general public, but also with what has become the back-bone of the business, Guest Houses, Pubs, Local Authority and other “well known” outlets. In 2005 Blenheim started its relationship with Alcester in Bloom, and in 2015 Blenheim won the contract to supply Stratford in Bloom.

The business is continuing to expand with the addition in 2016 of Blenheim Café and the display of garden buildings. Expansion continued into 2017 with the new propagation house which helps us cope with the increased demand of our home grown plants. In 2018 the retail area was expanded, enhancing the retail experience and giving our customers inspiration and ideas along with good honest genuine advice from our experienced team. 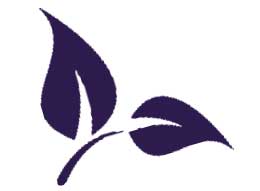